Gamification 101: The Why and How of Gamification and Badging, and What It Means for eLearning

新濠天地网上开户 , and is often touted as the newest way to enhance the learning experience. Although its definition varies according to its source, for the most part, eLearning designers either interpret gamification literally—that is, using games to actually teach or as a supplement to traditional learning—or as a process—that is, utilizing known game-like mechanics to “gamify” any piece of learning content.

新濠天地网上开户In the second use noted above, gamification is a means of rewarding participation—the user interacts with the site or application in some way, and a virtual good of some kind is presented as a reward. These virtual goods can take the form of Farmville’s infamous purple cows, or, more commonly, that of “badges” and “achievements.” Gamification elements range from simple progress bars like the “percentage complete” reminder on LinkedIn profiles, which subtly encourage users to interact with more features of the site, to complex systems of badges and awards that can be earned for a wide range of activities. 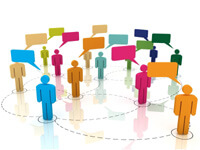 新濠天地网上开户One example of such a platform is the immensely popular Foursquare application, where users can “check in” at venues like restaurants or retail stores, earning points and badges that translate into online status symbols, such as being named the “Mayor” of your favorite neighborhood coffee shop. These escalating rewards (there is nearly always another level to be reached) illustrate one example of a game-like quality that drives ongoing user engagement by presenting a new goal to work toward after completing a previous one. After all, once you’ve become mayor, why not try for governor?

Why Does Gamification work?

The Foursquare platform, and others like it, demonstrate why gamification works: by exploiting basic psychological urges, such as competition, goal-setting, and status/reputation seeking, websites and social media outlets can vastly increase user engagement, encourage specific behaviors, and even provide hints as to what actions are possible within an application (Antin and Churchill, 2011). As such, gamification dramatically decreases the number of non-participant users who download an application or sign up for a service but never take any further action to become engaged, active users (Takahashi, 2010). 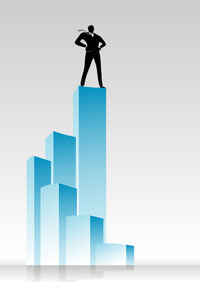 By presenting badges and achievements to be earned, gamification plays into our innate goal-setting impulse—when a user sees a virtual reward is available, they will alter their activity (or when a goal is near, increase their activity level) in order to earn the promised reward (Antin and Churchill, 2011). Gamification also provides avenues for recognizing user status within a community and rewarding model users. Online forums have long demonstrated this method by rewarding users for frequent activity—a certain number of posts, and the user is given a level increase and a new title within the community. In a similar vein, gamification can also drive user engagement by pitting users against one another in virtual competition. Leaderboards are far and away the most prominent means of taking advantage of the competitive urge in order to increase user activity. In this system, users can increase their ranking within the community by earning points for participation or for reaching certain milestones.

What Does Gamification Mean for eLearning?

Along with its potential in the business world, gamification is gaining recognition for its potential in positively impacting eLearning applications. With the increasing availability of free educational resources like the YouTube-based Khan’s Academy and OpenStudy (now partnered with MIT), learners and employers alike are seeing the value in providing some recognition for the skills a learner develops by using these resources (Young, 2012). One major foray into this realm is being lead by , a platform that will allow users to display badges earned via online learning resources on their personal website, blog, or social media profiles. With this model, anyone can sign up to either award or earn badges for learning goals that are achieved online. Unlike badges earned in a specific platform like OpenStudy, the OpenBadges project is portable from one platform to another. One particular advantage of this system is that it can highlight the acquisition of soft skills, which are increasingly sought after by employers but not often formally recognized as part of earning a college diploma. With this in mind, gamification and badging in particular represent not only a powerful means of driving user activity and engagement in online platforms, but also can act as complements, or even alternatives, to traditional degree-oriented educational institutions.

If you would like more information about how Monarch Media can help you add gamification and badging to your eLearning program, please make an inquiry.